A glimpse into the mind of a half mad poet

Don’t threaten me with a good time – Panic! At the Disco

My 2 cents – well I think that I might have shared this before, but I am covered over with work and feel the need for a good time… Lol. The video and song are both fun.

Hello lovelies! Today is a coffee with lots of cinnamon creamer kinda day.

April has been exhausting. I tried to do the daily post thing, I really did. However things in the world at large have made life a bit harder on me then I expected it to. I am often a shut in. I only really go out to the grocery store. So initially I didn’t expect the stay at home order to really change things for me.

Then social distancing started making it to where stores were closing and the ones staying open were limiting hours. I usually go at night to avoid crowds. I don’t do well around mass amounts of people. People have noise and odors. They like to touch other people…all things that can cause me issues. So I have had to adjust. And it is exhausting.

I am not one that wants things to go back to where they were…not while the threat of pandemic lingers. I also however am not one who is comfortable with all of the liberties that the government is taking during this fear. I am just someone who is dealing with the changes, and the anxiety it is causing and saying that this is how it is affecting me.

Upcoming , on a better note, Fae Corps anthology Through the Sunshine should be available for preorder in two weeks. If you look over on the blog I have been posting the blurb promos that the authors have been making. We still have a couple of authors who have not done an image yet. We will post them as they are made. Coffee House Writer’s anthology is in the editing stage. I will let you know when I know more on it.

Did y’all catch Serena’s Interview on Chat and Spin Radio? It was last Saturday’s Episode part 3 (3B). I feel like it went really well. You can’t hear how nervous I was. Or at least I didn’t. lol. Anyway, the station is a decent internet radio station out of the UK. They do a lot of author interviews, and are quite fun. Go check them out.

I got the good news that Creatives Rising may be back up soon. The editors paused their magazine due to major life changes (Like a move) and posted that they are just about to start up again. I look forward to being a part of that again in the future.

With all that is going on in the world, I feel like I maybe should hold off on publishing new poetry volumes. I have been writing, but slowly. I normally do around three volumes a year…but I am thinking that I may only get one this year. We will have to see. I am also super busy with Fae corps this year as well. It makes a difference in the time I have to write. Also I have added Coffee House Writers. With all of the additional responsibilities, I think that promising more than I will publish when I have enough poems to fill a volume.

I am hoping to release Serena’s Kingdoms of Sin this year. I will release another Dylan story (Dylan and Zombie Hotel) this year. I am waiting for the Illustrator to be available. I do not know if Dylan will have any other books. He might. I like the character. \

I do not know how the world situation will affect my blogging, as my mental state affects how structured I can be, however I am going to try to keep my normal routine here.

I am now back able to work on getting updated on my favorite web-comics again. I have several who are no longer available. I have shared a few with you. Today I will share one that I am not updated on…but that I am slowly working through. I have to continue to clean up bookmarks, and get up to date on my favorites.

Today I want to share a comic based off of the writing of H.P. Lovecraft. You wouldn’t think that such deep philosophical writings could make anything resembling funny, but this web comic really has some great humor. Each comic has a bit of a stand alone feel, but I highly recommend going through the archives. It is very worth it.

Hello lovelies! I am enjoying a rare morning treat. Hot apple Cider topped with a wee bit of Irish butter and honey. What do you enjoy as a morning treat?

Quite a bit has been happening over here…I indulged and spent the money to get me a decent laptop, It’s an Acer Aspire 3. I am still trying to get the settings the way I want. I have been without a proper computer for many years. I will want to upgrade the memory, as it is too slow for a couple of the games I want. I will also have to get a few accessories to make it do everything I want to do…but it has already been a boon to my writing.

Understand…I get into a slump every year, usually between thanksgiving and my birthday. This year was especially bad, I went from writing a daily poem and some other word count in whatever other story I was working on to managing nothing more than my blog for the whole of February. To be honest that became problematic with a biweekly poetry post going out. I was starting to feel concerned about the lack of inspiration/motivation.

Don’t get me wrong…it isn’t exactly writer’s block…I have more ideas than I will ever be able to write…it is more of exhaustion. I usually am sick during the winter months, and when I am not I am cold and irritable. So I end up not wanting to do anything.

Well, yesterday while I was setting the new laptop up…I ended up writing. It was only a poem and about 750 words in Serena’s Kingdoms of Sin. Yes…my slump time was nearly over anyway…but it is nice to be writing again. There are so many new things in the works. Plans for future anthologies, plans for future books… but if I am not writing those plans go limp. No one likes their plans to go limp…..

So, I name my computers. It has been a habit for me..This laptop is Athena. I am hoping that she will be my companion in gaming and creativity. Do you name your computer? If so what name does yours have? I look forward to the adventures in writing, gaming, and creativity I will be exploring.

Now, If you will excuse me, Today is my boyfriend’s birthday. He and I have been together 24 years in may….he has been my muse and my nemesis depending upon the day…but he is always my rock. So today is his. (I snuck this post in while he was killing zombies in 7 days to die. ) Hope it is a good day for you as well.

So… I have avoided seasonal songs because they are usually religion based…and it makes them likely to offend. The non religious songs… Well I was not feeling them. Until today. Sunday my daughter played a song that I had not thought of in a while – Weird Al – The Night Santa Went Crazy. I decided that it would be a good one for today… Then, yesterday a friend introduced me to another good option. Dar Williams The Christians and The Pagans. So I decided to do both.


My 2 cents –
Both of these songs are fun, in different ways.
The night Santa went crazy is straight up satire. It pokes fun at everything about the holidays.
The Christians and the pagans is a well thought out song that speaks heavily of tolerance for the holidays.
Holiday songs are so very often a sign of the times they were created in.

I know I normally do the tea party… Or tech reviews. Or book reviews. And I know that y’all deserve better than a blah update… But I am just so exhausted. Between all of the writing and the stupid crap that people do to each other… I think that I need to recoup. So I am just going to post some fun memes

Today I am tired. I wanted to do a post, but I just need to take a break. I got approved to write for Coffee House Writers. My partner just released her first YA Novel. We have been dealing with both vehicles going down at once, and the riding lawn mower broke a belt. Add in changing out a broken dishwasher in my kitchen and it has been a busy week.

Now I don’t like to give excuses, you deserve a post. So I figure that I will share some of the inspiration memes I have. Back to the normally scheduled posts on Monday. 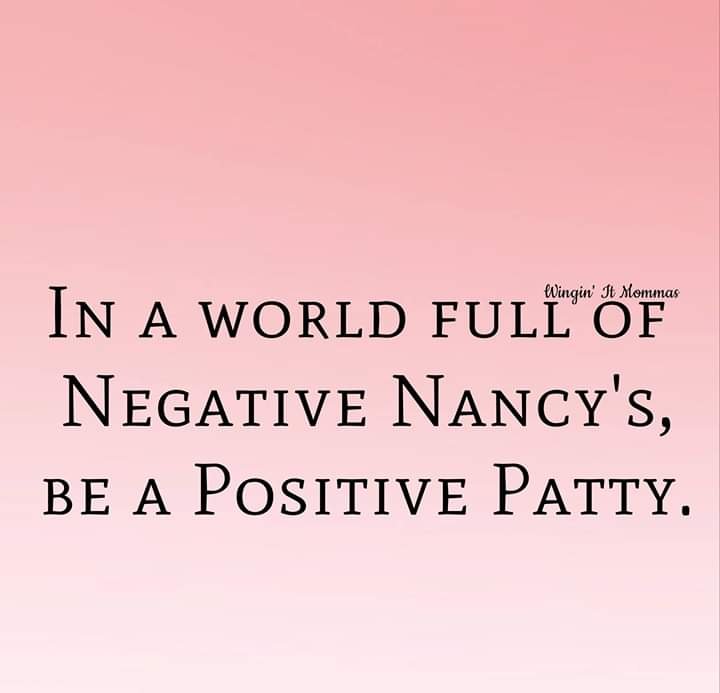 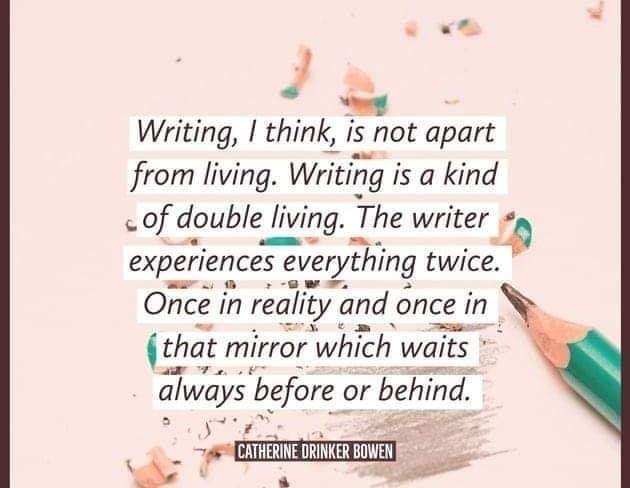 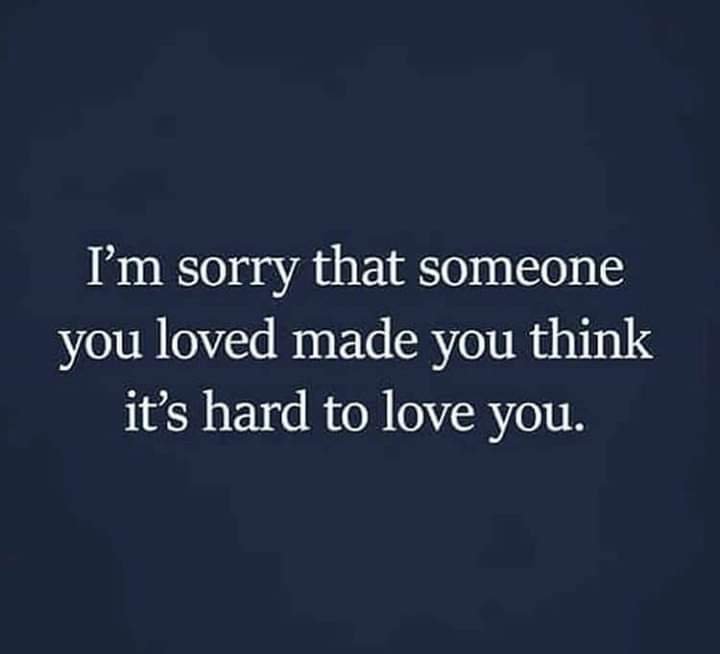 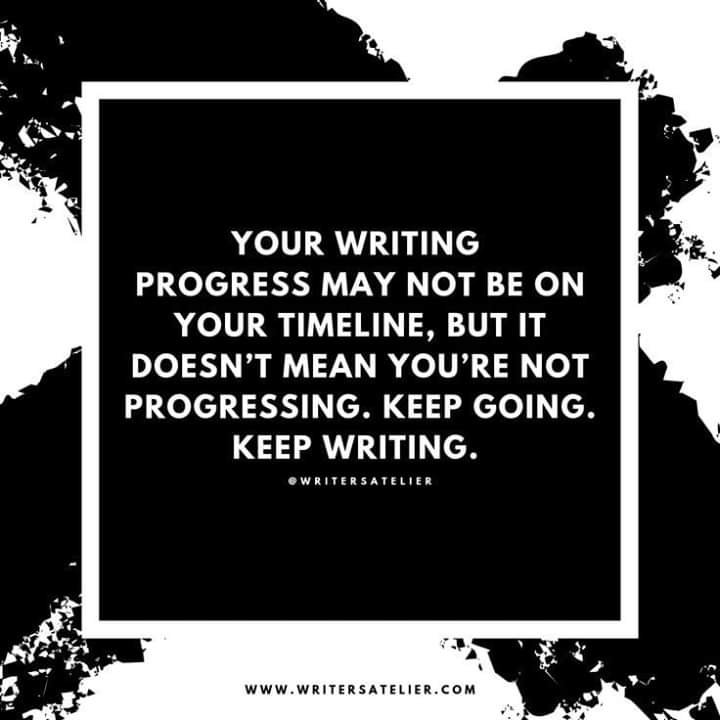 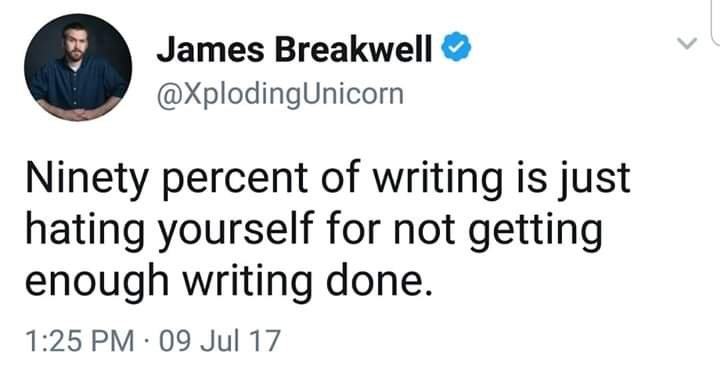 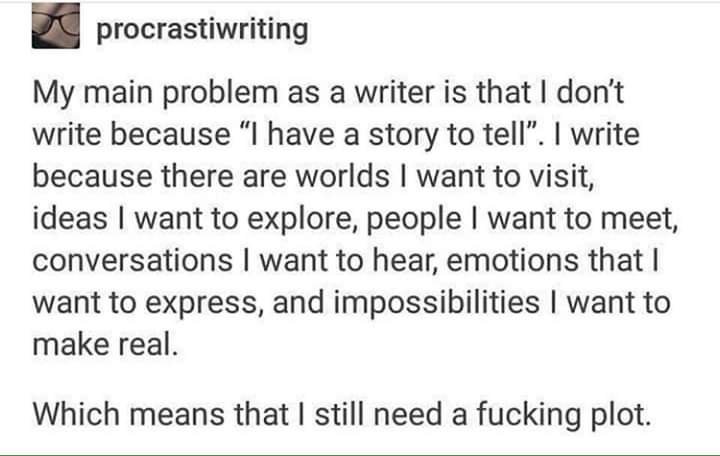 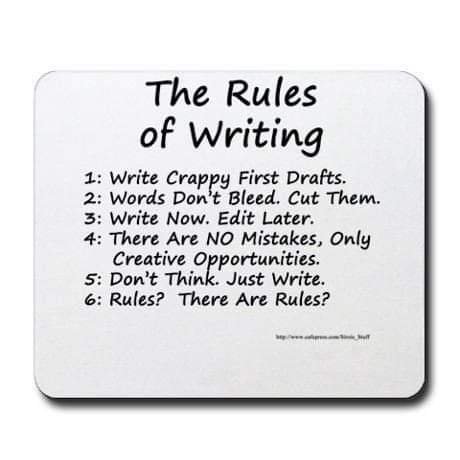 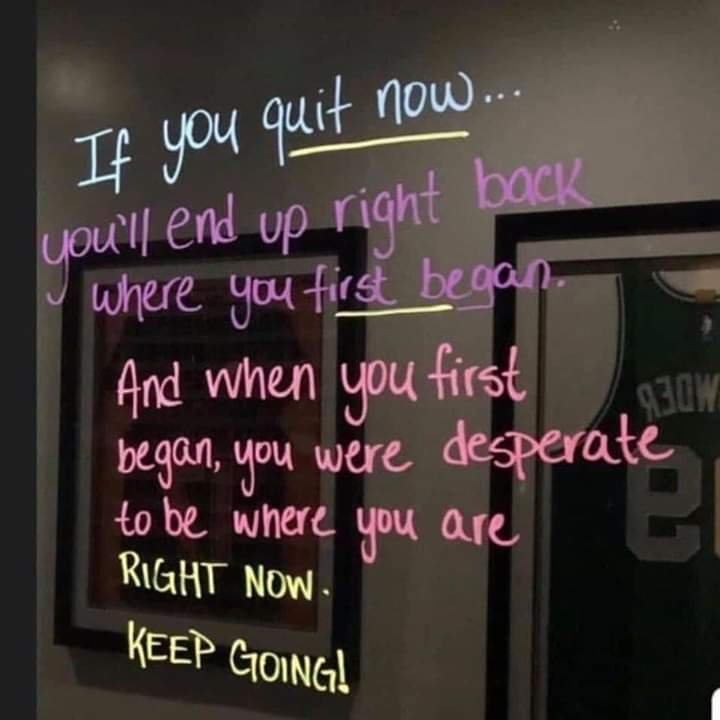 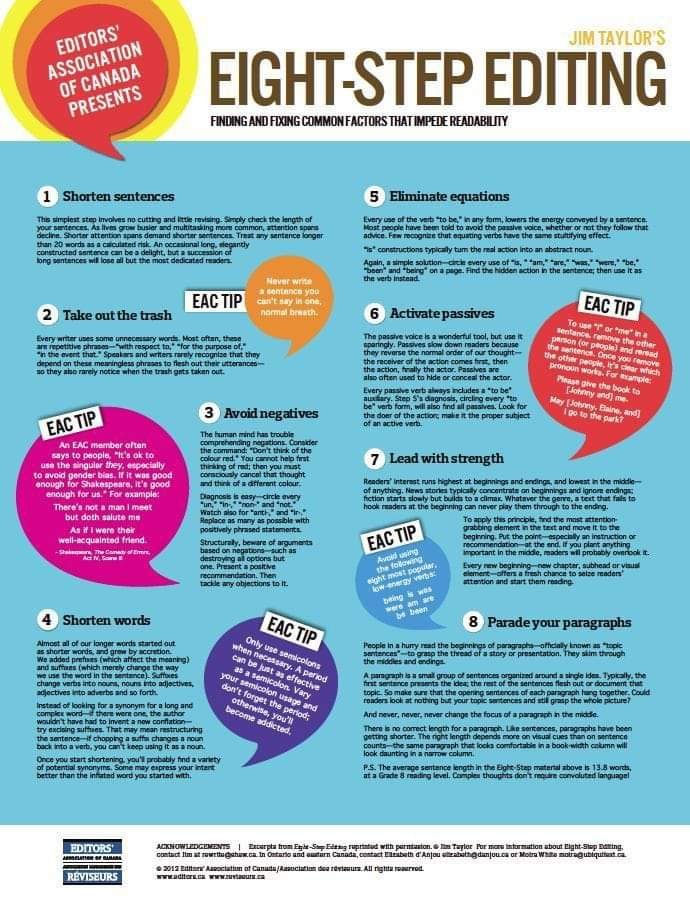 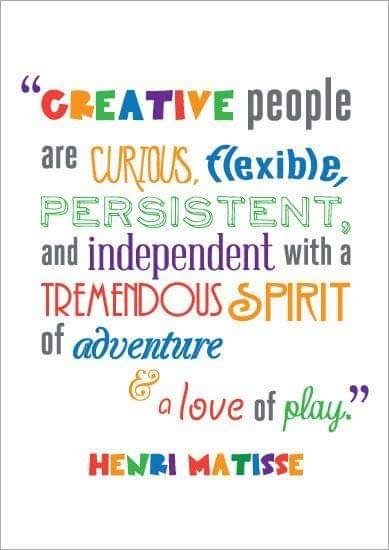 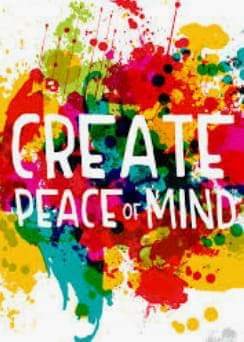 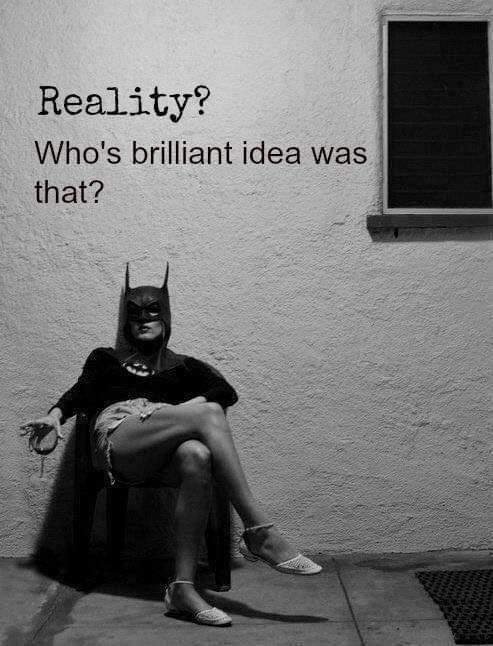 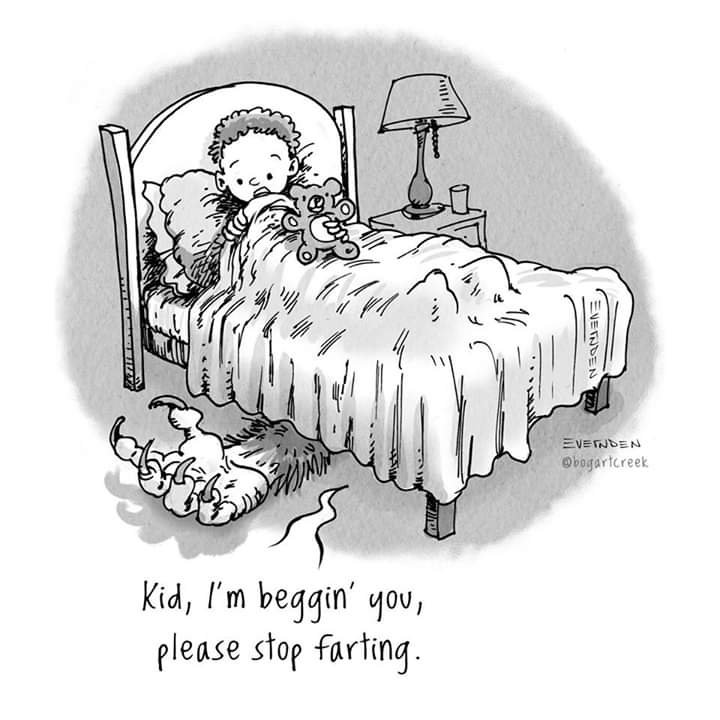 *though it should go with out saying… I don’t own these, they were acquired on the internet.

To be honest… I do not have the energy to do my usual post. So I thought I would share some memes/funnies with y’all. 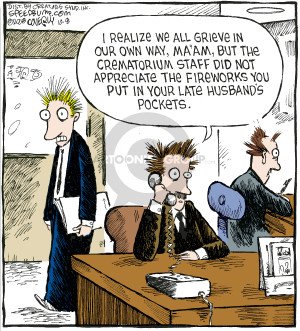 Found all of these on Facebook and decided that instead of wordless Wednesday I would share my humor with y’all. Mind that none of these are mine.